One person arrested for attempted burglary in downtown Fallbrook 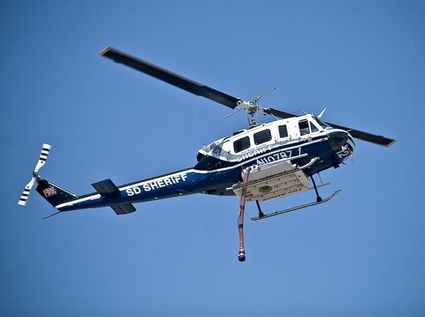 The San Diego Sheriff's ASTREA helicopter aided in apprehension of an alleged attempted burglary in downtown Fallbrook tonight, Tuesday, May 18, 2021.

According to San Diego Sheriff Lt. Mike Arens, at 9:08 pm tonight a call came in to the Sheriff's department that there was an attempted burglary being observed in the 100 block of West College. The person who was allegedly attempting to break in ran when deputies came on scene. The ASTREA helicopter was searching as well. The suspect was apprehended and arrested at about 10 pm by the Fallbrook Sheriff's Department.

This is an evolving story. More details will be reported as they become available.