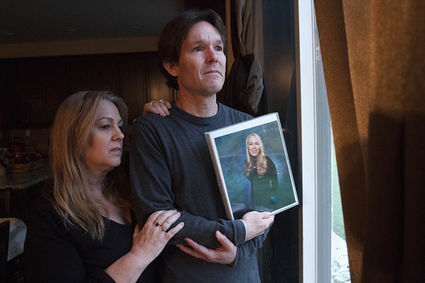 Matt and Christine Capelouto at their Temecula home hold a picture of their daughter Alexandra who died at 20-years-old of an overdose from pills laced with fentanyl Dec. 23. The Capelouto family have set out on a mission of justice for their daughter and to raise awareness about drug addiction and the growing incidence of fentanyl overdose.

SAN DIEGO - Nearly 2,500 pounds of methamphetamine hidden in a shipment of medical supplies was seized in Otay Mesa this weekend, border

According to U.S. Customs and Border Protection, the drugs, contained in 120 packages concealed amid medical supplies, were onboard a tractor trailer

that entered the Otay Mesa Commercial Facility at around 9:45 a.m. Saturday.

After ``anomalies'' were discovered during an X-ray screening of the truck, a further inspection revealed the hidden meth when CBP officers used a

canine to inspect the cargo, according to CBP.