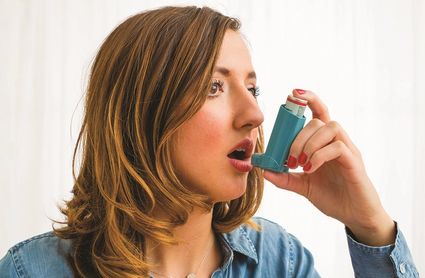 Allergies can lead to asthma and the use of inhalers.

FALLBROOK – The arrival of spring and summer is typically welcomed with open arms. Warm air, green grass, colorful flowers, and, of course, vacations are just a few of the many reasons to celebrate the seasons.

Spring and summer also mark the return of allergy season. According to the American College of Allergy, Asthma, and Immunology, allergies are the sixth leading cause of chronic illness in the United States. More than 50 million Americans suffer from allergies each year. A 2017 survey found that 27% of Canadians age 12 and older reported having allergies.

For many people, allergies are a minor seasonal nuisance that are overcome by taking over-the-counter medications or staying indoors on days when allergen levels are especially high. But the World Allergy Organization notes that a history of allergies is a known risk factor for developing asthma.

In fact, Statistics Canada reports that, among people diagnosed with allergies, 63% also reported having asthma while the ACAAI reports that 8.3% of Americans have asthma. Of these 26.5 million, 20.4 million are adults and 6.1 million are children.

The National Heart, Lung and Blood Institute defines asthma as a chronic condition that affects airways in the lungs. The airways carry air in and out of the lungs, and when people have asthma, these airways can become inflamed and narrow, compromising a person's ability to breathe.

Many asthma patients are diagnosed during childhood. The ACAAI reports that most children with asthma exhibit symptoms prior to their fifth birthdays. Asthma symptoms also may appear in adults older than 20, and such instances may be attributed to adult-onset asthma.

What are the symptoms of asthma?

The ACCAI notes that it can be hard to recognize symptoms of asthma in very young children. That's because the bronchial tubes in infants, toddlers and preschool-aged youngsters are already small and narrow. Head colds, chest colds and other illnesses may further narrow these airways. So symptoms of asthma could be mistakenly associated with colds or other illnesses.

A nagging cough that lingers for days or weeks or sudden, scary breathing emergencies are two symptoms of pediatric asthma. Parents also can be on the lookout for these symptoms:

¥ A wheezing or whistling sound when breathing, especially when exhaling

¥ Frequent colds that settle in the chest

Like pediatric asthma, adult-onset asthma can be easy to miss. That's because of natural changes in muscles and a stiffening of chest walls, both of which are associated with aging and therefore often attributed to age.

The symptoms of adult-onset asthma are similar to those of pediatric asthma, and adults who suspect they might be experiencing asthma symptoms despite no history of the condition can ask doctors to conduct some specific tests designed to detect asthma.

Allergy season has arrived, and that could make some people more vulnerable to asthma. More information about asthma is available at www.acaai.org.