By Fares Akram and Joseph Krauss
The Associated Press 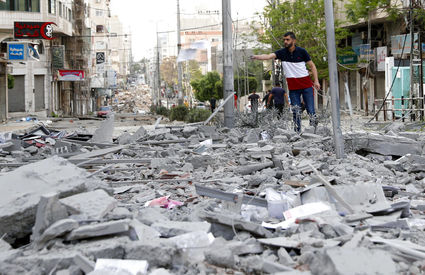 GAZA CITY, Gaza Strip – As of press time, Tuesday, May 18, Palestinian Hamas militants in Gaza have fired more than 3,400 rockets into Israel since May 10.

Israel's Iron Dome defense system, a short-range air-defense system designed to intercept rockets, artillery, and mortars, helped reduce casualties from rocket attacks against the Israeli cities, but not 100 percent. There were casualties.

Hamas and Islamic Jihad say at least 20 of their fighters have been killed, while Israel says t...