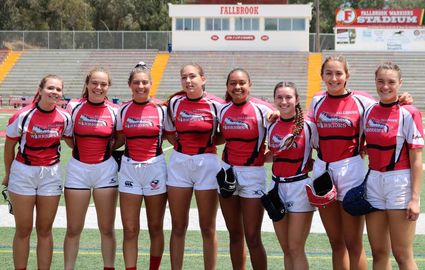 Prior to their May 8 game against each other, Fallbrook and Los Al were the only two undefeated teams in the Southern California Youth Rugby high school girls league. Fallbrook defeated Los Al that day and also defeated the Empire team out of Riverside in a doubleheader played in Riverside.

The two wins gave Fallbrook a record of 5-0 for the season. The Warriors began league play April 24. "The club had a year off from practice and of course a transition from the legacy coach of the decade to Coach Duncan's first year as the head coach of the club," said Fallbrook operations manager Erik B...