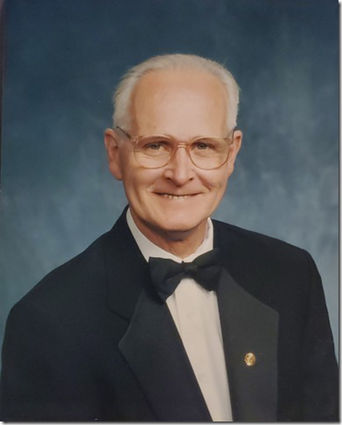 John Bradford Star, age 87, passed away on March 25, 2021. Born in Norwich, Connecticut, John loved living in Fallbrook for the past six decades.

In 1959, while serving in the army at Fort Wayne in Detroit, Michigan, and working as a bowling instructor, he met the love of his life, Anna Star, with her two children: Gerald, 7, and Arlene, 3.

They married in 1960 and he moved his ready-made family to San Diego, where he worked for Convair Division of General Dynamics in Kearny Mesa. John continued bowling and became one of the top bowlers in Southern California.

As members of the Boots and Slippers Square Dance Club in Escondido, John was invited to work for Pine Tree Lumber in Fallbrook and moved his family to the friendly village in 1963. He was later recruited by Fallbrook Lumber.

He also loved stamps and enjoyed a career with the U.S. Postal Service. In 1986, his son bought Fallbrook Irrigation and John signed-on, developing a loyal following of customers for the next 25 years, until he retired in 2011.

John became an active member of Fallbrook Masonic Lodge 317 in 1972 and served as Master in 1979 and 2000. He and his wife also joined the Order of Eastern Star, where he served as Worthy Patron in 1977. He served as High Priest of Triangle Chapter in 1985.

John was an enthusiastic philatelist. He was president of the Fallbrook Stamp Club in 1967-1968 and president of the Tri-City Stamp Club in 1973-1974. He started the Philatelic Exposition in San Diego and appraised stamp and coin collections for the county. He always looked forward to attending the Long Beach Stamp & Coin Expo, which he took part in for over 40 years.

John volunteered his time in many Fallbrook organizations and served as a Fallbrook Scoutmaster for four years. He also served two terms as president of the Fallbrook Club of Toastmasters International.

We love and miss him very much. A Celebration of Life will be held at a later date.