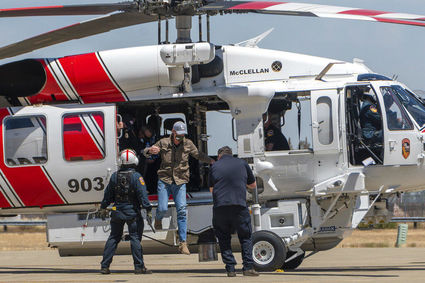 Governor Gavin Newsom arrives at McClellan Air Force Base, May 24, on a new Sikorsky S70i Black Hawk firefighting helicopter which is included in the state's proposed $2 billion investment in wildfire and emergency preparedness budget.

SACRAMENTO – As California sinks deeper into drought it already has had more than 900 additional wildfires than at this point in 2020, which was a record-breaking year that saw more than 4% of the state's land scorched by flames.

The danger prompted Gov. Gavin Newsom to propose spending a record $2 billion on wildfire mitigation. That's double what he had proposed in January.

California's mountains and foothills are expected to see above-normal wildfire potential from June through August and possibly into the fall, which is the usual peak fire season, according to the National Drought M...