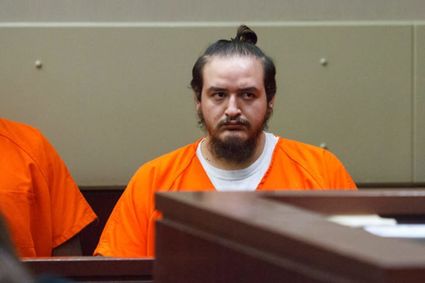 Javier Caldera pleads not guilty at an Oct. 4, 2019, murder charge arraignment against him at the Southwest Justice Center for the death of Janet Genao during an alleged high-speed DUI crash on Interstate 15 in Temecula June 4, 2019.

A drugged driver who caused a multi-vehicle crash on Interstate 15 in Temecula that killed a Murrieta woman pleaded guilty Thursday, May 27, to second-degree murder.

Javier Caldera, 27, of Auburn, Washington, also pleaded guilty to felony charges of driving under the influence of drugs, reckless driving and hit-and-run with sentence-enhancing great bodily injury allegations, as part of a plea agreement with the Riverside County District Attorney's Office in which no charges were dropped.

The plea deal was submitted during a status hearing before Superior Court Judge F. Paul Dickerson, who s...