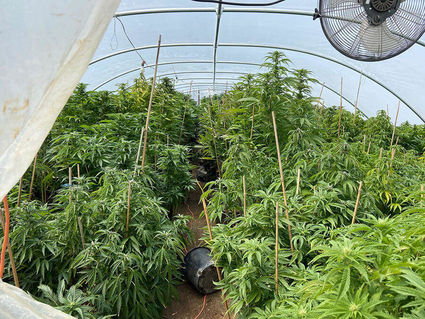 WARNER SPRINGS - More than 3,900 marijuana plants were seized by San Diego County Sheriff's Department personnel today after they served a search warrant at an illegal grow operation in Warner Springs.

The warrant was served at the site in the 30800 block of Chihuahua Valley Road at about 7 a.m., according to Sgt. Kamon Harris.

Detectives seized 3,916 live marijuana plants that were valued at nearly $1.5 million. Investigators said they believe the marijuana was destined