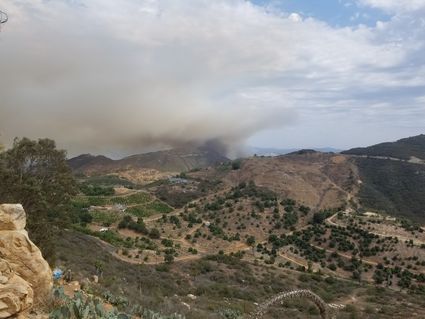 PALA MESA (CNS) - A wildfire that scorched 350 acres near Pala Casino was 10% contained today, according to Cal Fire.

The blaze erupted for unknown reasons shortly after 2 p.m. Wednesday off state Route 76, about a mile west of Pala Temecula Road in Pala Mesa,

according to the fire department.

As firefighters worked to corral the blaze, which was moving ``with a dangerous rate of spread,'' authorities shut down the state highway between

Horse Ranch Creek Road and the casino about four miles to the east.

No structural damage or injuries were reported, and Cal Fire reported Wednesday evening that the spread of the fire had slowed considerably.

Residents of surrounding areas were advised to prepare to clear out of their homes on short notice should conditions worsen, but those initial

Cal Fire also announced at about 8:45 p.m. that state Route 76 was reopened, though drivers traveling through the area were advised to use

Cal Fire/San Diego County Fire Department is reporting that all evacuation warnings have been lifted, temporary evacuation points have been closed and State Route 76 has been reopened for the Mesa Fire.

"Firefighters will be working through the night, so drive cautiously when in the area," the department said in a Tweet.

The Mesa Fire is now at 350 acres with 0% containment according to Cal Fire/San Diego County Fire Department which also reported a "slow rate of spread" on it's Twitter page, https://twitter.com/CALFIRESANDIEGO.

All road closures and evacuation orders remain in place at this time.

The Mesa Fire is currently 260 acres and 0% contained. State Route 76 is closed from Horse Creek Ranch to Pala Casino. Temporary Evacuation Points are now Valley Center High School and I-15 and State Route 76 Park and Ride.

The Mesa Fire is located in Pala near State Route 76, west of Pala Casino near Couser Canyon. 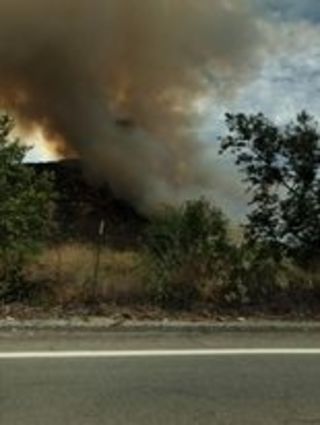 Cal Fire evacuation warnings are set for the area surrounding the blaze and temporary evacuation points are now Valley Center High School and the Park and Ride at State Route 76 and Interstate 15.

State Route 76 is closed in the area of the fire which was first reported shortly after 2 p.m. Wednesday, June 23.

Cal Fire, has called in numerous resources from several agencies that are responding, including North County Fire Protection District, according to Public Information Officer John Choi.

The fire is currently 75 acres and is moving at a dangerous rate of speed, according to Cal Fire. Multiple aircraft are working the fire as well and a strike team is on the way to the brusher from Northern San Diego.

This is a breaking news story and will be updated when more information becomes available.