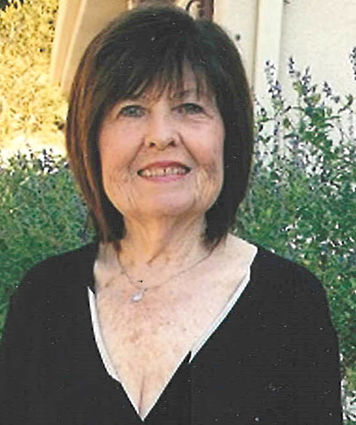 On May 18, 2021, the world lost a beloved wife, mother, grandmother, sister, and friend when Joy Dobon of Fallbrook passed away peacefully from congestive heart failure. She was 84 years old.

Joy was the second child of Dorothy and Carl Fruehling and grew up on the New Jersey Shore. A graduate of Asbury Park (New Jersey) High School, Joy was very proud of her heritage. In 1956, she met a handsome young Marine and fell in love.

She and Peter Dobon were married and raised three sons while traveling the world as a military family. Peter's assignments took them across the continental United States, as well as Hawaii and Okinawa, and sparked a passion for travel that endured throughout her life. Joy demonstrated much strength and resiliency as a single parent during Peter's overseas assignments to Vietnam in the 1960's.

Her biggest passion was her family. Joy never missed a baseball, basketball, or football game, often attending several sporting events in one day when her sons were young.

She loved celebrating birthdays, graduations, and weddings. Fittingly, she was happiest at the beach and loved to walk along the shoreline and comb the sand for shells. She was very proud of her collection accumulated over the years. She was a loyal and long-time supporter of the San Diego Padres.

In addition, she leaves her brother, Carl Fruehling of New Jersey, her sister Lois Fruehling of Delaware, and numerous nieces and nephews.

Joy was a loving mother to the very end. She will be deeply missed. Per her wishes, inurnment at Fort Rosecrans National Cemetery in Point Loma, California, will be private.

For those so inclined, donations may be directed to the American Cancer Society, the National Breast Cancer Foundation or the Wounded Warriors Project.