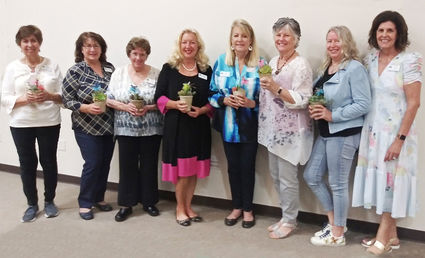 FALLBROOK – The Bonsall Woman's Club members were quite excited to finally meet in-person at the Bonsall Community Center for their June meeting. It was the first time since March 2020. The program, led by Laurie Criscenti, the current year's program chairman, featured the installation of the new officers for the 2021-2022 year. As Criscenti installed each officer, she read their responsibilities, and handed them a succulent plant as each agreed to their new position.

Over the years, Poulter accumulated many awards, including the "Award of Merit" by the Boy Scouts of America, the "Davis Youth Foundation Tennis award" after having won her high school intramural Tennis Championship. At age 20, she competed against 12 finalists for the title of Miss G.I. of California in Beverly Hills, playing the violin as her talent part of the contest. She was judged the winner and was crowned "Miss G. I. of California" by the then governor. 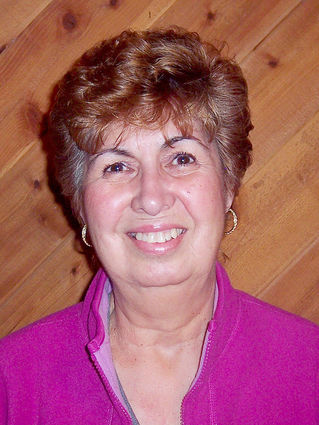 Mary Forbess, a long-time friend and original BWC member, described Poulter's nature as, "A great influence on us all and, with a remarkable heart, she brings great spirit and leadership to the residents of Bonsall."

While the BWC will remain dark during the summer, meetings will return the first Thursday in September at the Bonsall Community Center. Poulter has chosen the theme of "Using our talents to serve others." For more information, visit www.bonsallwomansclub.org.

Correction: The wrong name was put in the caption for the second photo; it should say, 'Mary Jane Poulter, President of the Bonsall Woman's Club.' Village News apologizes for the error.