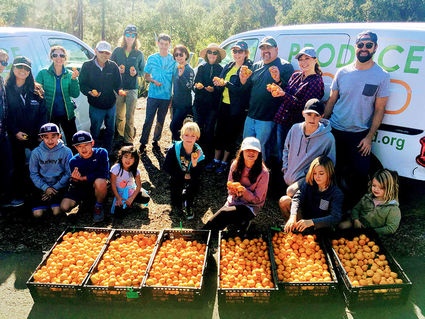 In 2009, Nita Kurmins Gilson began a program called CropSwap to combat homegrown food being wasted. After noticing a severe need in San Diego County in 2014, Gilson partnered with Alexandra White and Jerilyn White to create a larger, more impactful version of CropSwap called ProduceGood, a nonprofit organization that harvests and donates unused produce to the hungry.

ProduceGood encourages farmers to donate their unused produce, and the organization also volunteers to go harvest produce if the owner is unable to harvest their own. This keeps food from being wasted and ensures that people in need will have fresh produce.

Gilson originally began CropSwap because she noticed a large amount of produce being wasted in her own community.

"Initially, I was concerned with the waste I would see from the fallen fruit from the citrus trees in my Carlsbad neighborhood," she said. "I thought that someone had to be doing something about this, but when I couldn't find a group, I started my own."

When her daughter began reading about Earth's resources depleting, Gilson said that she wanted to show her daughter ways to make a positive difference.

"I told her we can do at least one thing to help, which is better than nothing," she said. "My one thing was CropSwap, which has blossomed into ProduceGood."

ProduceGood serves over 30 communities in San Diego County, including Fallbrook, and the organization has collected more than 100,000 pounds of produce through their two programs, CropSwap and Market Share.

"We have harvested over 50,000 pounds of citrus/avocados from Fallbrook, since our inception," said Gilson. "This has provided 150,000 servings of nutritious fruit to the hungry. Overall in 2020, we harvested 243,000 pounds, provided 730,000 servings and diverted 121 tons of edible food from entering landfill. All with only three staff members during a pandemic."

Gilson hopes that ProduceGood serves as an educational experience for the people involved, and she encourages everyone to start gleaning. Gleaning is the act of harvesting leftover crops, and Gilson said that if more people participated in gleaning, more food would be available to those in need.

"Our hope is that gleaning becomes as ubiquitous as recycling. Everyone who has a fruit tree should be able to share their excess bounty," she said. "Gleaning is an ancient practice whereby those who have surplus share with those who are in need. Since 40% of all food is wasted, gleaning is a natural solution, especially in our fertile county."

ProduceGood is currently looking for volunteers and encourages others to get involved in any way that they can. In Fallbrook, there are many opportunities to help ProduceGood serve San Diego County. 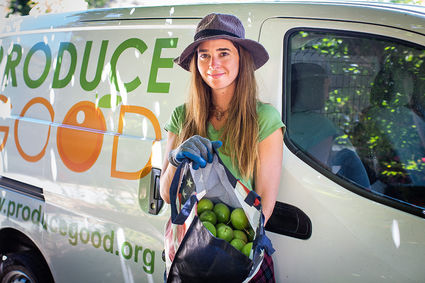 "People can donate their time by volunteering to glean. It's a fun and fragrant outdoor activity, and they can sign up on our website. Second, if they have fruit/avocado trees and would like to share the surplus with the community, growers can sign up on our website to have their fruit picked," she said. "Third, they can make a financial donation to ProduceGood – every $10 donated provides 38 servings of fresh fruits and veggies to the now 1 in 3 San Diegans struggling with food insecurity."

ProduceGood now has a new goal, as an organization they hope to recover millions of pounds of produce by the end of the decade. Gilson plans to continue serving the communities and providing people in need with fresh produce, reducing waste and eliminating hunger in San Diego County.

To help combat food insecurity in San Diego County, visit www.producegood.org to sign up as a volunteer, a grower or to donate.