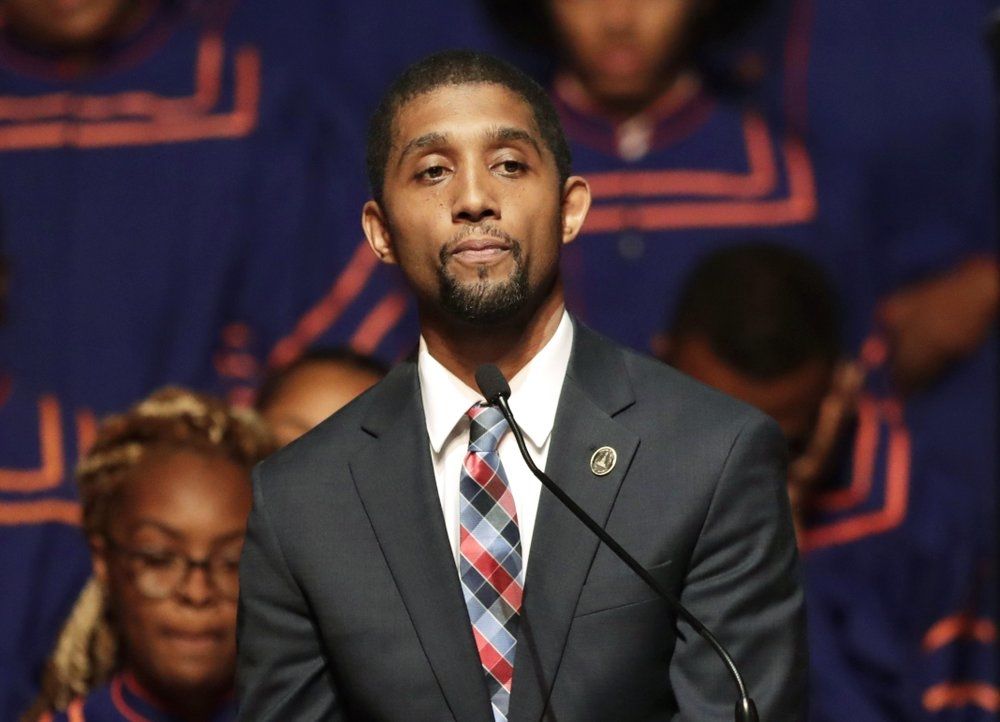 In this Oct. 23, 2019, file photo, then Baltimore Council President Brandon Scott speaks during a viewing service for the late U.S. Rep. Elijah Cummings at Morgan State University in Baltimore. After multiple shootings in a popular area of Baltimore earlier this month, 37 businesses threatened to stop paying taxes unless Scott, now serving as mayor of the city, addressed surging crime, according to Fox affiliate WBFF-TV.

The number of homicides in six major cities across the country has increased compared to last year, disproportionately affecting Black people, according to crime data.