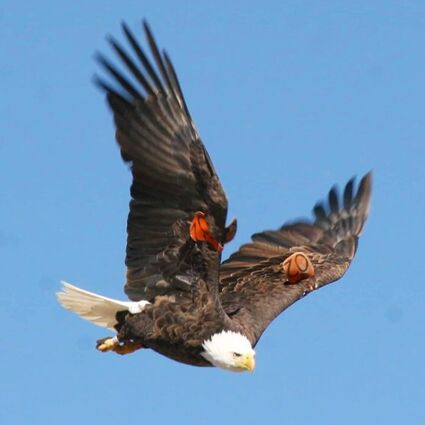 WARNER SPRINGS - An injured bald eagle found in Warner Springs with a wing droop and unable to fly, was released back into the wild following

a month of rehabilitation at the San Diego Humane Society, it was announced today.

The eagle was brought to San Diego Humane Society's Pilar and Chuck Bahde Wildlife Center on June 8. The bird has been rehabilitated and was

released back into the wild on Thursday.