Vegetation fire on SR76 has been extinguished 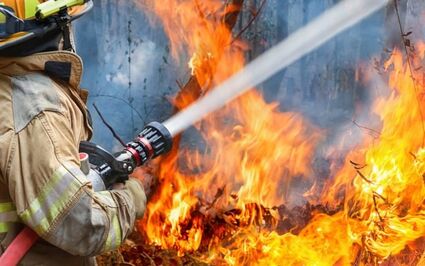 UPDATE: According to North County Fire, crews are on scene of the vegetation fire in the 3000 block of State Route 76 in Fallbrook. The fire that was reported at 3:13 pm has been extinguished, but crews will remain on scene to perform mop-up and investigation.

A vegetation fire was reported on eastbound SR 76 on the south side of the road between S. Mission and Via Monserrat at 3:13 pm today. This is an early version story. More will be reported as information becomes available.