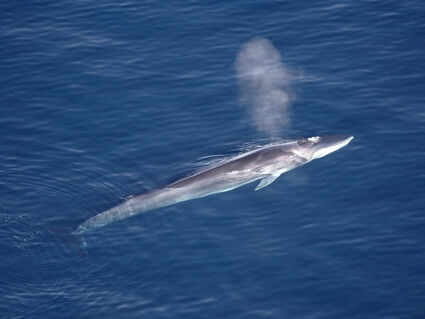 SAN DIEGO (CNS) - The U.S. Navy will reevaluate the impacts of its training exercises on marine life in the wake of the deaths of two fin whales

apparently fatally struck by a military vessel off the coast of San Diego earlier this year, the Center for Biological Diversity said today.

The deaths of the two whales -- likely a mother and her calf, according to the Center for Biological Diversity -- occurred during joint

military exercises on May 8 between the U.S. and Australian navies. The bodies of the whales were found lodged against the hull of the HMAS Sydney when it pulled into Naval...