Sheriff Gore announces he will not seek fourth term next year 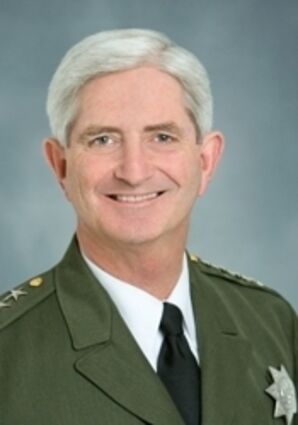 SAN DIEGO (CNS) - San Diego County Sheriff Bill Gore announced today that he will not seek election to a fourth term in the post next year.

Gore, 73, whose current stint as sheriff ends in January 2023, said it had been ``an honor and a privilege to serve the people of San Diego County.''

``I am grateful and humbled by the continued community support that I have received for the last 12 years,'' he stated. ``Being your sheriff is one

of the most rewarding experiences of my law enforcement career -- rewarding primarily because of the extraordinary men and women in the department, who work tirelessly every day to keep San Diego the safest urban county in the nation.''

Gore joined the agency in 2004, serving as assistant sheriff of its Law Enforcement Services Bureau before being appointed undersheriff by then-

Upon the mid-term retirement of Kolender in 2009, the county Board of Supervisors unanimously appointed Gore to serve out the remainder of the four-year post. Gore was elected sheriff in 2010, and re-elected in 2014 and 2018.

Prior to joining the Sheriff's Department, Gore spent 33 years with the FBI, where he rose to the level of assistant director and served as special

agent in charge of its San Diego and Seattle field divisions.