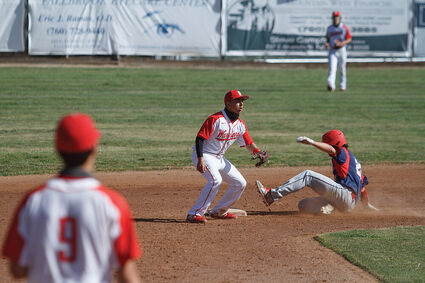 Warrior infielder Alex Lopez waits for the throw as a Great Oak base runner steals second base in a game played April 8. Village News/Shane Gibson photo

Lopez was a senior who was on Fallbrook's varsity for four years. Lopez played both third base and second base for the Warriors. "He understood what winning was, he understood what hard work was," said Fallbrook coach Patrick Walker. "Played good defense for us. Showed great leadership."