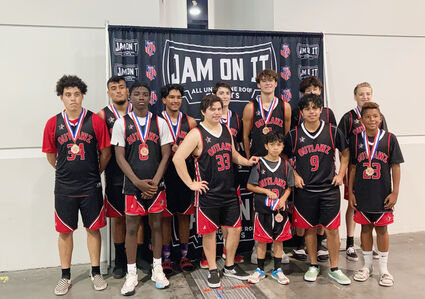 North Valley Outlawz basketball club players pose with their medals after one of their tournaments.

Golshani is also Fallbrook High School's head boys basketball coach. The Warriors' CIF season ended June 1 with a loss in the Division IV playoffs. Golshani had made preparations for an off-season club, including a feeder program for players not yet in high school, pr...