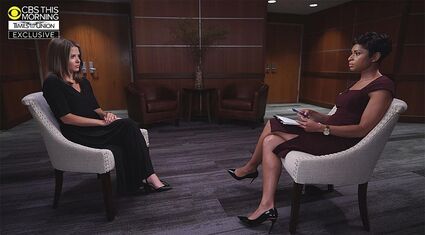 ALBANY, N.Y. (AP) – An aide who accused New York Gov. Andrew Cuomo of groping her said in her first televised interview that she was initially afraid to identify herself because she worried the governor's "enablers" would destroy her if she spoke up.

Brittany Commisso, an executive assistant on Cuomo's staff, detailed her interactions with the Democrat in a joint interview with CBS and The Times Union of Albany that was broadcast Monday, Aug. 9, as a key legislative committee met to discuss possible impeachment hearings.