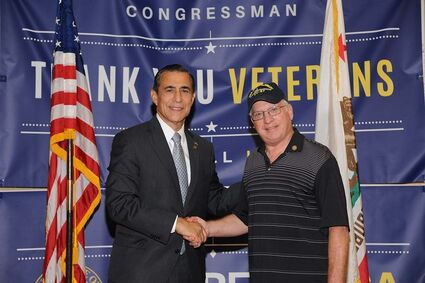 Wayne Taylor, of Fallbrook, is one of 43 local veterans to be recognized by Congressman Darrell Issa for his military service during the Vietnam war.

Forty-three veterans from Fallbrook were recognized by Congressman Darrell Issa on Aug. 2 at a Vietnam Veteran Commemoration and Service Pinning event in Temecula.

Issa held similar events on Aug. 9 in Escondido and El Cajon. At the three sites, 340 Vietnam veterans were honored with 641 people in attendance. The total attendance at the Temecula event was 215, with 96 veterans recognized.

Fallbrook resident Wayne Taylor, who served in the Navy, was among those pinned in Temecula.

"It's great that the U.S. is honoring Vietnam era veterans in support o...