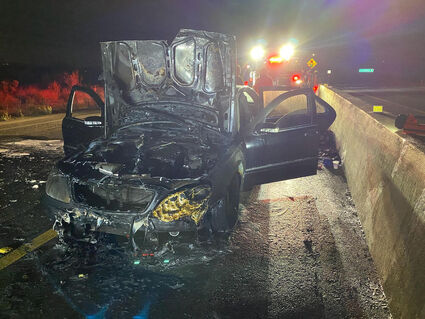 A father and daughter escaped the car before it was engulfed in flames.

At 9:07 pm tonight, Monday, Sept. 6, a Mercedes traveling eastbound on State Route 76 was flagged by another car traveling alongside that the engine compartment was on fire. The car pulled over in the 31000 block and 2 occupants, a father and daughter, were able to exit the vehicle before the car's engine compartment was completely engulfed, said NCFPD PIO John Choi.

"Two North County Fire crews were required due to the amount of fire coming out of the engine, which left the engine compartment completely gutted," said Choi. 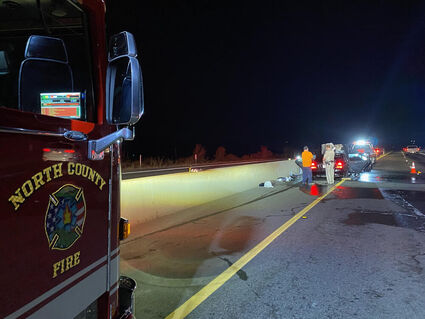