The "New Normal" may be authoritarianism 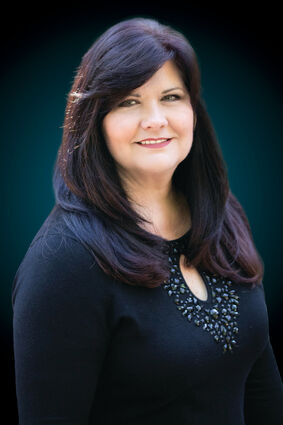 I used to produce a radio show on KOGO AM600 in the 90s. Occasionally I was the guest host because the show's host, Mason Weaver, had another engagement. On one of those shows, I interviewed a father in Pennsylvania, if I remember correctly. I'll never forget the topic. They were doing vaginal exams of the student girls ages 11 and 12 without any parental consent or warning.

It was "for the health of the girls." It didn't take long for parents to get that school district in check, but how could they think that they had the right to do that?

The truth is the government is always trying to overreach its constitutional boundaries and we have to constantly fight against it, not only for ourselves, but for our children and their children.

It was about that same time that we were passing seat belt laws, car seat laws, helmet laws, etc. and the discussion in our culture was, "While this isn't terribly intrusive, and it is helpful, how far can the government go to force you to do something for your own safety?"

The laws for children were based on the premise that we need to protect children in case their parents don't care about them enough to do it themselves and the same with the laws for adults. That's one of the reasons they were referred to as "nanny laws."

So the opposing argument was that we have to be careful to not give away so many of our civil rights that the government thinks they can order us to do whatever they want against our will. It's amazing how the founding fathers knew that tension would exist, so they did what they could to safeguard against it.

These days, for example, if you are sick, it is still legal to be responsible for yourself and refuse treatment and many people do seek "alternative" treatments for many ailments and diseases.

You aren't forced to use sunscreen, or take antibiotics if you're sick, or take treatment if you have HIV, even though it is a communicable disease that has killed millions of people.

Now we've gone from voluntary experimental vaccines to "show me your papers" in just a few months. Amazingly fast. Politicians never let the opportunity of a crisis pass them by.

Xi Jinping instructed all his Communist leaders to take full advantage of the COVID-19 pandemic to tighten their authoritarian rule, according to numerous public reports.

Mandatory vaccines have remained controversial because of the number of adverse reactions since the 80s especially in children. Billions of your tax dollars (instead of the pharmaceutical companies) have been paid out to a fraction of those parents who had the finances and years to fight for their kids in court against much opposition.

The Food and Drug Administration has a history of approving treatments and after four or five years of adverse effects, taking them back off the market. There are long lists of them if you look it up. Remember the Thalidomide babies? Pregnant mothers were prescribed it for morning sickness and it created devastating birth defects in babies until the FDA took it back off the market.

Part of the natural process is that, as a culture, we have to discuss these things with everyone free to give their input. However, we have massive censorship going on, especially, right now, when people with ideologies rather than real facts are guiding decisions relating to "fact-checking" against doctors and professionals who actually have firsthand knowledge and know what they are talking about.

One person said, "We have people who believe men can have babies, fact-checking and censoring science from doctors."

While massive censorship is happening across social media, the California legislature is trying to pass a vaccine passport bill forcing everyone who wants to work or participate in society to be "fully vaccinated" even against their will.

In addition, despite what virologists and immunologists say, they aren't giving consideration to the millions of people who have already had COVID-19 and have natural immunity which is superior to the vaccines, and even though they are less likely to transmit COVID-19 than the vaccinated.

Potential AB455 with Amendments as of Aug. 26, would require all employers, private and public to be "fully" vaccinated.

Students would not be able to go to school, which has already started in some states across the country.

The only possible exemptions would be medical and disability exemptions.

Also, it will be up to the California Department of Public Health to define "Fully vaccinated." Those with two jabs will likely not be "fully vaccinated" without every booster.

So if you are not "fully vaccinated," you pretty much can't go inside anywhere other than the grocery store, the pharmacy and church (only because the courts already adjudicated that). In this totalitarian state, we will be practicing medical fascism, and discrimination and segregation will be the "new normal."

Because of COVID-19 mandates, we have already lost 30% of our small businesses in California. They will again be impacted because, as of now, over 40% of Californians will not be able to patronize these establishments and business owners will be the arm of the government to "check your papers" or they will be breaking the law.

Businesses who are having trouble hiring people will have even more of a challenge finding "legal" employees and will certainly lose some of those they already have, not to mention they will be taking on the burden of liability, opening themselves up to Civil Rights and vaccine injury liability lawsuits.

Again, we have to ask ourselves, "As a society, how much are we going to allow?"

Where will it end? The removal of your right to drive? Buy food? Use of the internet? A decrease in your credit score? A social credit score that monitors everything you do like in China? A physical examination against your will and loss of medical insurance? Forced shots that make the pharmaceutical companies billions per year, protects them from liability and fills the coffers of politicians who take more money from them more than any other industry?

Like any potential bill you think is a good or bad idea, call or write your Senator and Assembly person in the next week to let them know how you feel about it. They are there to represent you. UPDATE: This Toll Road Bill that they had put vaccine passport language in died on Monday, for the year. That doesn't mean they won't try and do a workaround some other way.