The Tom McGuinness story lives on through 9/11 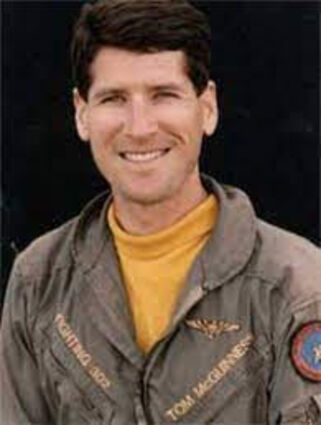 For those who are too young to remember, on September 11, 2001, 19 militant al-Qaida Islamic extremists hijacked four airplanes and carried out suicide attacks against targets in the United States. Two of the planes flew into the twin towers of the World Trade Center in New York City, a third plane hit the Pentagon and the fourth plane crashed in a field in Shanksville, Pennsylvania, after some passengers overpowered the hijackers and saved many lives that day.

We lost almost 3,000 people who were killed that day, including 344 firefighters, 71 law enforcement officers, 55 military personnel who died at the Pentagon. More than 90 countries lost 372 citizens in the attacks. It triggered major U.S. initiatives to combat terrorism and initiated the Homeland Security department and forever changed security, the way we travel and redefined what was legal and appropriate while surveilling our own citizens.

But after all that, what stands out the most for me is the memory of that day and how it became personal when it was discovered that one of our own was a pilot killed that day. People who are new to the area may not know the name of Fallbrook pilot Tom McGuinness. He was the co-pilot of the American Airlines flight 11, which was the first plane to crash into the World Trade Center tower with 92 people on board.

McGuinness, the veteran first officer, was a Top Gun pilot who had flown F-14 Tomcats for the Navy. He and his wife Cheryl and their two children lived here and were active at Riverview Church and involved in the community just before they moved for his job to the East Coast. They were such a nice family. Cheryl wrote a book afterward, has remarried, and the McGuinness children have successfully carried on with their lives. Tom, their son, is a pilot who has followed in his father's footsteps.

I still have the memories so vivid, not only of 9/11, but afterward of 14-year-old Tommy (now Tom) McGuinness speaking at the memorial service for his dad on behalf of his family at Riverview Church. It was an unbelievable scene. One I will never forget.

The link to the video below is an interview that is several years old now, but their story lives on. The video is a wonderful tribute to his dad mostly, but also his mother, their marriage and their family as a whole.