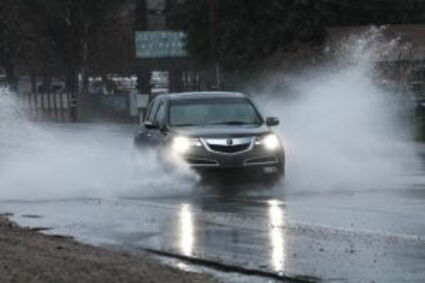 At 1:28 pm the doppler radar indicated thunderstorms producing heavy rain across the warned area. Flash flooding is ongoing or expected to begin shortly which could be life threatening. The NWS is warning that creeks, streams and urban areas, highways, streets and underpasses could be life-threatening.