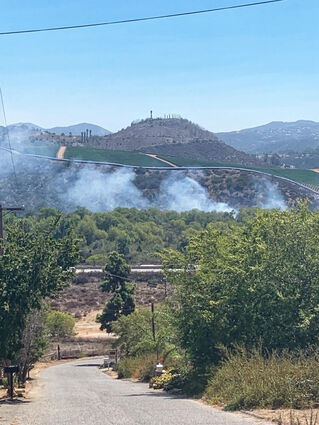 A Bonsall vegetation fire was reported today at 11:39 am. "Initially it was a smoke check and then multiple calls started coming in that there was smoke coming from the riverbed area and there was an actual fire starting and flames could be seen," said NCFPD PIO John Choi. The forward rate of spread was stopped at 12:12 pm. 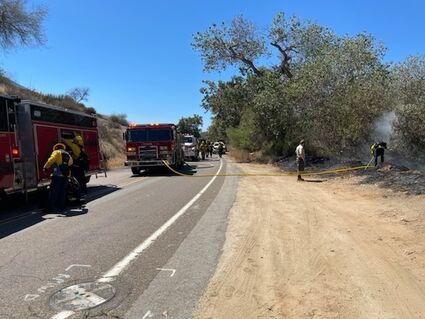 The location was Old River Rd and Dentro de Lomas area with a medium to heavy fuel load and the fire was one acre in size.

When asked how the private residence or business is reimbursed for the water used, Choi said "Every scoop of water is a fee and is accounted for and they do replace it, unless it's a county water source."