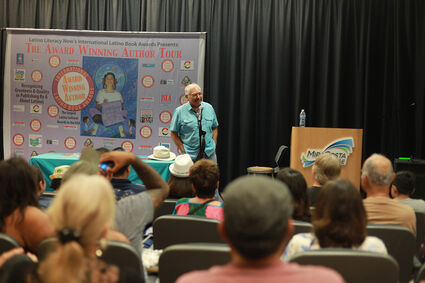 Kirk Whisler is a doer. A Fallbrook resident the past two years, he's spent most of his life promoting Hispanic causes.

One of his projects is the International Latino Book Awards Ceremony, which will be held virtually on Oct. 15-16. Whisler is not Hispanic, but his wife Magdalena was born in Mexico City.

Whisler explained that the idea to promote something positive came in the mid-1990s when "my compadre actor Edward James Olmos" was disheartened from hearing about a Latino event that erupted in violence.

Their idea, which turned into a mission, was to promote literacy in the Latino/Hispanic community in various forms, including educational, financial, health and community awareness. The goal, he said, was to encourage family and youth involvement in positive activities.

Whisler worked in the publishing business most of his adult life and with help from Olmos and others, went to work.

He said the International Latino Book Awards – now in its 23rd year – is a major reflection that the fastest growing group in the USA has truly arrived.

"The awards are now by far the largest Latino cultural awards in the USA and with the 276 finalists this year in 105 categories, it has now honored the greatness of authors and 3,470 authors and publishers over the past two decades. The size of the awards is proof that books by and about Latinos are in high demand. In 2020, Latinos will purchase over $750 million in books in English and Spanish." 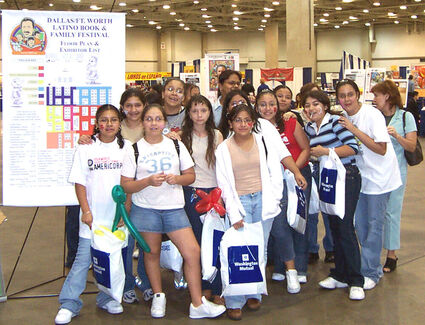 The 23rd International Latino Book Awards Ceremony will be held virtually Oct. 16 and 17 via http://www.LatinoBookAwards.org.

The awards are designed to cover all types of books: Childrens, Non-Fiction, Fiction, Poetry, Translation, and more. Presenters for the awards include legends who have helped the Latino community develop and who have awards named after them: Alma Flor Ada, Isabel Allende, Charlie Eriksen, Juan Felipe Herrera, Dolores Huerta, Mimi Lozano, Ambassador Julian Nava, and Victor Villaseñor.

Whisler's organization is Empowering Latino Futures. Other than last year, the awards were presented in an arena. Looking ahead, he said he would like to have both live and virtual options.