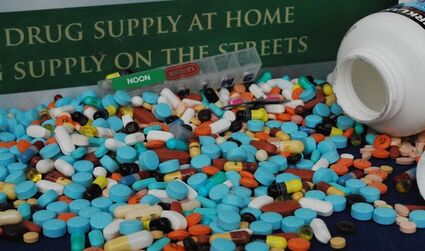 Deaths reported from prescription drug and fentanyl use doubled from 2019 to 2020. Village News/Courtesy photo

By José A. Álvarez

A total of 722 San Diegans died with meth in their system and another 576 people died due to prescription drugs in the region last year, the Methamphetamine Strike Force and Prescription Drug Abuse Task Force announced last week.

The Meth Report Card shows the new figure far exceeds the previous record set in 2019 when 546 deaths were reported.

The prescription drug report also includes statistics on fentanyl. It shows that a record 462 people died from fentanyl in 2020, compared to 151 the year before that. Fentanyl is a synthetic opioid primarily coming from Mexico that is 50 to 100 times more potent than morphine and 25 to 50 times stronger than heroin.

In addition to deaths, the Prescription Drug Report Card tracks additional key indicators of opioid misuse in the region. It also shows the following (most recent years for which numbers are available vary by statistic):

* 46% of adults arrested reported misusing prescription drugs in 2020, the same as the year before.

The County funds residential and outpatient treatment programs across the region to help people recover from substance use disorders.

Participation in treatment and recovery services improves well-being, can reunite families and loved ones, and also improves overall health.