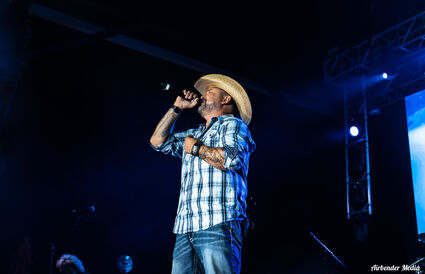 After 15 years in the United States Marine Corps, including 12 years stationed at Camp Pendleton, Chris Lozano moved to Menifee and started the Chris Lozano Band. In July he replaced Mike Austin as the lead singer of Thunder Road, and Lozano’s first concert with Thunder Road was when the band opened for Toby Keith at Pala Casino.

“It was amazing. It really was,” Lozano said.

Thunder Road played seven songs Sept. 17 at Pala’s Palomar Starlight Theater. “We had more, but they cut down our time which is fine. We got to spend more time watching Toby,” Lozano said....