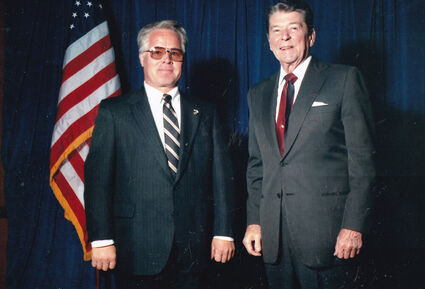 Aarre Matti Armas Silvola passed away peacefully on July 14, 2021, in Fallbrook (Rainbow), California at 83 years of age with his wife at his side. He was born Oct. 3, 1937, in Köyliö, Finland to Eeva (Mäki) and Ole Silvola and was the fifth of 10 siblings. He married Salme (Yli-Moijala) on July 4th, 1965, and together they have five children, Minna (Richardson), Juha, Marianne (Woller), Joanne (Rouvali) and Martti.

Aarre was born and raised in a small town in western Finland. He had a great personality, always positive and optimistic. He had persistence, courage, and determination. He had SISU. He was not afraid of anything and he had faith and inner strength that served him well.

Aarre also had an adventurous spirit which took him to many places on the globe. Early in life, in his 20s, he traveled from Finland to England and worked there to learn the English language while being embedded in British culture. He also traveled to Switzerland and worked there in the gardens of Zurich in order to learn the German language all the while learning the culture as well.

Later, he traveled to America and attended the University of Minnesota as an international student studying horticulture, including helping out with the planting at the Minnesota Landscape Arboretum. He became good friends with the original owners of Bachman's Nursery, Larry and Louise. He also made many other friends with his great personality and gift of gab. His adventures included riding his motorcycle around the lower 48 states in the early 60s with his friend Raimo Lehto.

Perhaps, most significantly, Aarre was an entrepreneur who at the age of 37 transplanted his family to California in 1974 where he had bought land and opened a business, Finnamex nursery. While busy running his business, he earned a Bachelor's degree in business and then a Masters in international business. Later, he added a Juris Doctorate to his accomplishments.

He had a strong Lutheran heritage. He was a founding elder of St. Stephen's Lutheran church and served there for many decades in many capacities.

His spirit of optimism, faith and inner peace will forever be remembered in our hearts. He will be dearly missed.

He is survived by his sisters Eira, Aira and Tellervo; brothers Torsten and Arto, and many nieces and nephews.