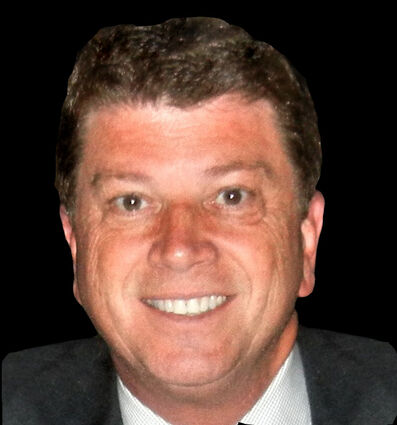 He graduated from Cal Poly Pomona and set his sights on the banking world. He was manager of Security Pacific bank in Fallbrook and continued to work there when it became Bank of America. He left Bank of America to join the Hegardt Group/Merrill Lynch, and they later moved their group to Bank of America in Bonsall.

Bob married his beloved wife, Karen McAfee on May 2, 1980, in Los Angeles, California. Together they raised their three sons, Marc, Jason, and Bryce in the village of Fallbrook. Bob loved his rich Italian heritage and shared his life with the many, many friends he considered as special as his own family.

His great love was coaching youth sports including baseball, basketball, football, and soccer. He had a special way of having these young players give their very best! Next to family and coaching, Bob loved to serve his community. He served on many boards, including Casa de Amparo, the Fallbrook Music Society, and the Boys and Girls Club of Fallbrook.

He was a Scoutmaster for Boy Scout Troop 633 for many years. He was a long time member of the Fallbrook Rotary club where he served in many leadership positions, including past president. This is the life Bob loved: family, his church, and being a part of everything. He loved helping and giving service. It was in his blood!

After Bob retired in 2014, he moved to Cedar City, Utah in 2017. It did not take him long to know everyone in town, to join the Rotary Club there, and to provide service throughout the community. In retirement, he continued to look in on many past friends. He had so many friends who called on him to help, which he always did with a smile!

Bob is survived by Karen, his beloved wife of 41 years; his three sons and their wives, Marc (Briana), Jason and Bryce (Patri); two granddaughters, Hartley and Katelyn Tavano, as well as his sister, Donna Churilla. He was preceded in death by his parents and sister Jean Coker.

A memorial service will be held at 10:00 am at the Church of Jesus Christ of Latter-Day Saints, 95 North 2125 West Cedar City, UT. In lieu of flowers, the family suggests donations to one of Bob's favorite charities: LDS Charities, St. Jude Children's Hospital, or the Rotary International Fund.