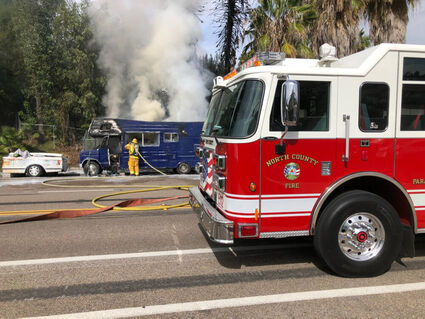 Following an RV fire on Ammunition Rd, two civilian patients were transported via ambulance to UCSD hospital. One adult male was reported to have smoke inhalation and burns to his arm and one minor suffered smoke inhalation, according to North County Fire PIO John Choi.

NCFPD responded to the RV fire on Ammunition Rd which spread to nearby vegetation, according to Choi. "There is two injuries reported and transported by ground to UCSD. The fire has been put out in the RV along with two palm trees and some vegetation, and Ammunition is closed for about 45 minutes for mop up." 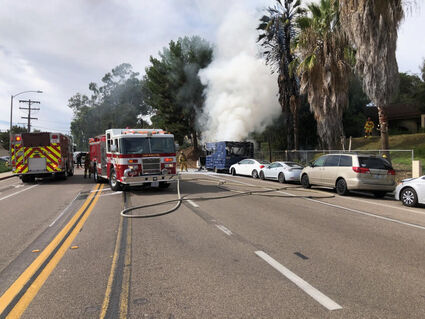