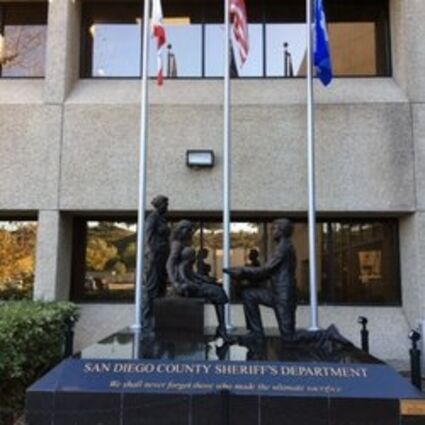 The would-be victims got a call from someone identifying himself as Lt. Hartman from a number that appeared to be the sheriff's department.

The caller told people they missed a court appearance and must immediately come alone to sheriff's headquarters at 9621 Ridgehaven Court. One

call recipient reported that the message sounded like it was recorded.

"Outstanding warrants cannot be resolved over the phone or at sheriff's department headquarters,'' the statement said. "Warrants can only be cleared through the court. People with outstanding warrants are urged to turn themselves in Monday through Friday during business hours at any one of the

The statement notes that these scams play on people's fears. ``You want to be a law-abiding citizen and you surely don't want to end up in jail, so in a panic, you end up giving your personal information or money to defuse the situation.''