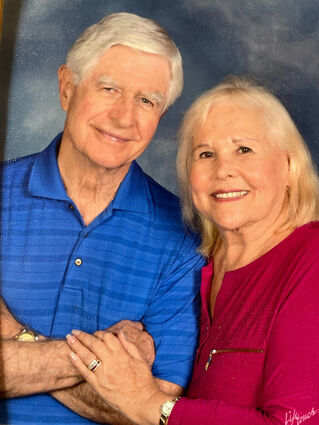 Norm and Dottie Lord are celebrating 60 years of marriage.

FALLBROOK – Norm and Dottie Lord recently celebrated their 60th wedding anniversary with their family here in Fallbrook. They were married in October 1961 in Marysville, California, near Sacramento.

The couple met at Chico State with Norm in naval aviation ro nearly 30 years. They moved many times and lived in eight states, including Hawaii, as well as Japan and the Philippines.

They have lived in Fallbrook for 20 years and are fortunate to have all three of their sons and four (of seven total) grandchildren living in the greater San Diego area.