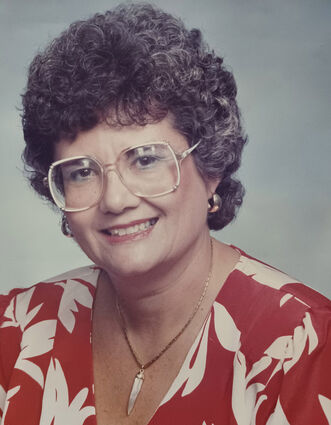 Polly's journey began on 10 September 1937 in Philadelphia, Pennsylvania where she was born to James Albert Cox and Mary Painter Cox. During her journey, she proved to be an excellent student. She skipped 7th grade and one half of a school year in high school. Her father, Jim, a graduate of Maryville College (1929), had enrolled her at Maryville College, Class of 1960 after he rode a bus down from Philadelphia to let family in Sharps Chapel, Tennessee that she had been born.

When Polly came to Maryville College in 1955, her academic record was so impressive that she was allowed to skip one half year of college. Because of her thirst for learning and excellent academic record, she graduated with honors with the Class of 1958.

During her time at Maryville College, she met a "townie" student, Wilburn Rufus Bowers, fell in love, got married, and had her first child, Scott Allen Bowers, days after graduating. Scott always bragged he graduated twice from college. She and Rufus had a second child, Meelora (Lori) Ann, in 1959. Family complete, the journey continued.

She started her career as a medical laboratory technician. However, once she stepped into that first classroom of 7th graders and started teaching life science, there was no turning back. She spent 45 years in the teaching field. She taught in North Carolina, California, Florida, Virginia, Arizona, (she taught sewing), California, Seoul Korea, Subic Bay Philippines, California, New Orleans, and her last stop was back in California where she retired in 2005.

While in the Philippines, she taught high school completion courses and eventually became the Director of Central Texas College which offered high school completion courses and Associate College degrees. Later on while living in New Orleans, she was again asked to be the Director of Central Texas College for the Bahamas Islands, Puerto Rico and the various Naval Ships stationed in the region. She taught at all levels, kindergarten through college level classes, but whenever the opportunity arose, she always chose 7th grade science.

Her travels took her to all the countries in Europe, Southeast Asia, New Zealand, Hong Kong, China, Russia, Singapore, Thailand, Burma, and all 50 states in this great country, The United States of America.

She was always actively involved in PEO, The Bible Class Friendsville Fellowship, and loved working in the archives at Maryville College. In 2018, she self-published a book, "Echoes on the Hilltop," which was the result of her intensive research on Margaret Henry.

Her earthly journey of family, academic, and travel ended on 04 November 2021 Having lived a full and amazing earthly life, she now begins a new and wonderful journey of eternal life with her Lord and Savior Jesus Christ.

She is survived by her best friend and fellow partner in this journey, her husband of 64 years, Colonel Wilburn Rufus Bowers, USMC Retired. Also, she leaves her loving and caring daughter, Meelora Bowers Zerick, to carry on. Her son, Scott Allen Bowers, preceded her in death in 2012 and surely greeted her at the journey's end.

Also, left to celebrate her life are her three grandsons, Sam Bowers and Gray Bowers of California and Tanner Zerick of Murfreesboro, Tennessee. Never wanting to be called a grandmother, the boys all called her "Lola," a Philippine term of endearment for grandmother. This too was so fitting as she was one quarter Filipino. She also leaves behind her sister, Judy Harbison of Blue Bell, Pennsylvania; brother, Jeffrey Cox of Fontana, California; numerous nieces and nephews and finally all those wonderful friends the world over.

She will be dearly missed by all who knew her and you should be considered blessed for having known her. Rest in peace Polly, Mom, Mrs. Bowers, Aunt Polly, Lola, you ran a good race and you brought joy and inspiration to all who knew you. You have earned the rest, Your loving family.