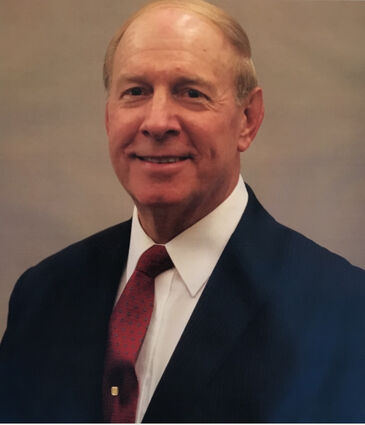 Philip G. Arnold, 69, long-time resident and attorney of Fallbrook, California, passed away Oct. 28, 2021. Born in Albion, Michigan Aug. 29, 1952, the son of Gordon Huntley Arnold and Eva Elaine Dahljelm, Philip Gordon Arnold was raised in Reseda, California. It was there that, after he served in Vietnam with the Marine Corps, he met and married the love of his life, Janice Renee Woodard.

After Phil and Jan married on Feb. 23, 1973, Phil graduated from UCLA, and began serving as an LAPD officer. Phil served for seven years on the LAPD before obtaining his law degree. Upon completion of his law degree, Phil re-entered military service as a US Marine Judge Advocate. Some of Phil's accomplishments while serving in the USMC included being a prosecuting attorney, Deputy Staff Judge Advocate, Company Commander, and Special Assistant to the U.S. Attorney for the Southern District of California.

In total, Phil served his country in the USMC for over 30 years, obtaining the rank of Lieutenant Colonel. The only thing stronger than Phil's love of country was his devotion to God and his family. Phil and Jan moved to Fallbrook in 1982 and began raising their four children.

Few people realize that Phil actually passed on the opportunity to continue his military career so that he and his family could remain in Fallbrook, and in 1995 Phil opened his solo practice on Main Street and became a pillar of the community. Phil served eight years on the FUHS school board, was active in the Rotary, was on the Board of Directors of the Fallbrook Chamber of Commerce, as well as in several leadership positions at Fallbrook First Baptist Church.

Those who knew Phil best knew of Phil's passion for history. He loved to share stories and quiz family and friends about people and events in American history. He had a particular interest in the restoration of the gravesites of Civil War leaders and Medal of Honor recipients. As a member of the Medal of Honor Historical Society, Phil conducted numerous ceremonies to properly mark the graves of recipients of our nation's highest military award, including Fallbrook pioneer William Pittenger, one of the first to receive the Medal of Honor.

A Celebration of Life service will be held Dec. 4 at 1 p.m. at Riverview Church 4980 Sweetgrass Lane, Bonsall, CA 92003. In lieu of flowers, the family welcomes you to donate to The American Battlefield Trust in his honor as an expression of sympathy, https://www.battlefields.org/.