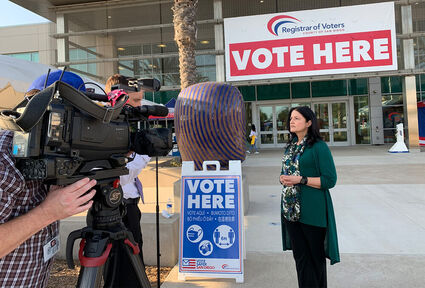 Cynthia Paes has been appointed the new San Diego County Registrar of voters, with over 30 elections' experience. Village News/Courtesy photo

No stranger to running local elections, Interim Registrar Cynthia Paes has now been appointed as the new San Diego County Registrar of Voters.

Paes has been acting as interim registrar since January and has shepherded her team through four elections, including the recent statewide gubernatorial recall election.

Paes also successfully launched several firsts after the Board of Supervisors decided to move the County to the Voters Choice Act.

All of the County's 1.97 million voters received mail-in ballots during the recall election. Assi...