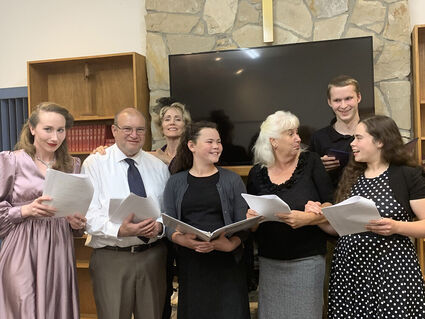 A holiday treat is ahead. For a limited time only, "Miracle on 34th Street, A Radio Play" will be performed by Curtain Call Company at Christ the King Church, 1620 S, Stage Coach Lane.

Reenacting the original Lux Radio Show script from the Dec. 20, 1948 broadcast, this dual cast will bring to life the story of the little girl that didn't believe in Santa Claus.

The movie was released the year before which included the all-star cast with Maureen O'Hara as the mother, John Payne as the handsome attorney neighbor, and Natalie Wood as S...