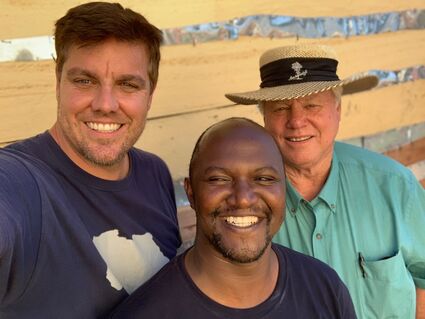 It all began when Horn met Moses Muwanguzi in 2013 at a North County meeting of Women of Vision. He was intrigued by the man's mission to help educate children in Uganda, his home. Moses is not his real name, but the name he adopted at age 14 when he left his family's Muslim faith and became a Christian.

Muwanguzi was disowned by his family but was educated at a Christian school and became successful in leading safari tours in eastern Uganda, near Lake Victoria. His faith gr...