Theatre Talk from the Beatles to van Gogh 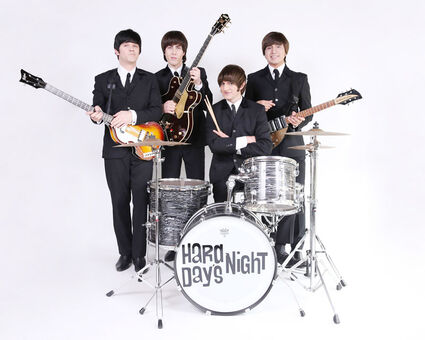 A Hard Day's Night, a tribute band to the fab-four, can be heard at The Welk Resort in Escondido through Dec. 18. Village News/Gilbert Bonilla photo

There are very few things that can be identified with a single word. Only a few come to mind like Coke, Facebook, Disney, Pepsi, Microsoft. But, with billions of people in the world, still, just a few are recognized by their one-word name: Gandhi, Elvis, Cher, Frank, Madonna, or Ringo.

Oddly enough, it is the latter's name, the least revered of the celebrated quartet whose name identifies The Beatles immediately, more so than the three guitar playing disciples known as John, Paul, and George.

The Welk Resort in Escondido has been hos...