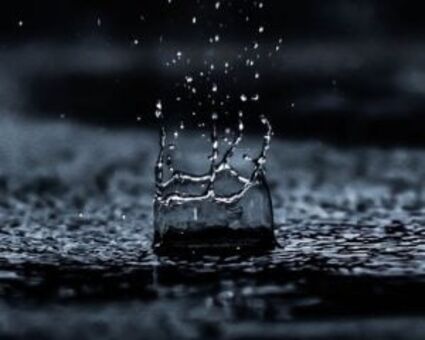 SAN DIEGO (CNS) - A flood watch is in effect for the San Diego County coastal areas, valleys, and mountains through tonight due to excessive rainfall

expected through the day with isolated afternoon thunderstorms.

Rainfall rates are anticipated to be a half-inch per hour with higher rainfall rates on coastal mountain slopes.

Excessive runoff could result in flooding of rivers, creeks, streams, and other low-lying flood-prone locations. Debris flows and flash flooding are

The forecast calls for rainfall to reach 1 to 1.5 inches west of the mountains and 2 to 3 inches along the San Diego County mountains below 5,000

The dynamic storm is forecast to move inland, the National Weather Service said. Periods of moderate to heavy rain and snow were expected to move in from the northwest this morning and continue through the early evening before the system rapidly ejects to the east, forecasters said.

Periods of damaging winds were likely across the region.

Rainfall totals could reach an inch over some parts of the high deserts as well, which can cause flooding where water is unable to drain properly on roadways.

Above 6,000 feet, heavy snow was possible, but the snow level will fluctuate and likely be above 7,000 feet until late tonight, forecasters said.

No hazardous marine conditions were expected through this morning, but southerly winds were predicted to increase today ahead of the storm,

The potential for gale force winds this afternoon and evening was increasing, and a gale watch was issued for 4 a.m. through 4 a.m. Wednesday to

cover the period of small craft and gale conditions.

At county beaches, a large fresh swell was forecast to produce elevated to high surf this afternoon through Wednesday morning. Rough, choppy

surf of 4 to 7 feet was possible, with local sets as high as 8 to 9 feet in San Diego County. Surf was expected to lower through Wednesday.