Fallbrook "Detachment" would save customers $7-10 million a year 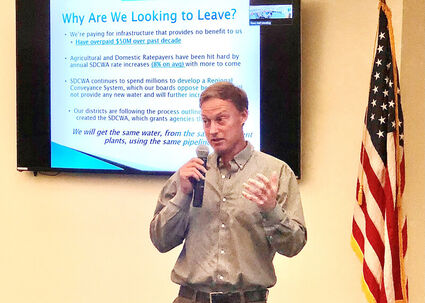 FALLBROOK – A town hall meeting Nov. 17 to discuss an effort by the Fallbrook Public Utility District and Rainbow Municipal Water District to change water suppliers and save millions of dollars drew a large crowd of more than 100 people.