More Rain On The Way, Clearing By Weekend 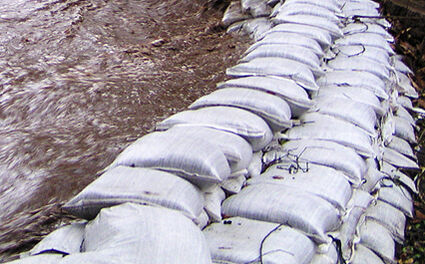 UPDATE: Wednesday, 12/29/21 - North County Fire Protection District Pala Station #4 has sand and bags available for anyone in the Fallbrook/Bonsall area who needs them for flooding and erosion.

SAN DIEGO - More rain is forecast tonight through Thursday, but clearing is expected for the weekend, according to the National Weather Service.

``We're going to have light to locally moderate showers continuing the rest of today along the coast and inland valleys and some snow in the mountains tapering off later tonight,'' meteorologist Casey Oswant said.

``We're going to start getting some scattered showers from an incoming storm system Wednesday morning.

``Rain will be heaviest tomorrow evening. Then we're looking at scattered showers again Thursday until the afternoon,'' Oswant added.

NWS forecaster Elizabeth Schenk said the new winter storm is predicted to drop a tenth- to a quarter-inch of rain on coastal areas, and a quarter-

to a half-inch in the inland valleys and mountains.

``We're also looking at potential wind gusts of 30 to 45 mph, with localized gusts up to 65 mph in the mountains,'' she said. ``That will make for very difficult traveling conditions.''

Oswant said Palomar and the Laguna mountains could get up to 3 inches of snow during this coming storm.

``We have a winter storm watch out for the mountains above 5,000 feet going into effect late tonight and early tomorrow,'' she said. ``There is also a flood watch for the whole county.''

``The average rainfall measured at Lindbergh Field this time of year is 2.63 inches, and we've received 3.19 inches so far,'' Schenk said.

But there is also some good news in the latest weather report. ``We're going to start to dry out Friday, and it looks like it will be

dry through the weekend and into early next week,'' Oswant said.