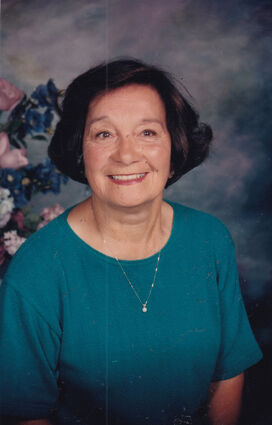 Eleda and Ben's life together began in Torrance, California, where they raised their children, were active members of St. Margaret Mary Catholic Church, Lomita, California, and then retired to Fallbrook, California. which they both enjoyed.

Eleda's interests included gardening, joining Fallbrook organizations in which she held many offices including president of the Encore Club, and was an active member of St. Peter's Catholic Church Women's Club for many years. She was very social with many good friends, and a leader in her community.

A loving wife, mother, mother-in-law, grandmother, great-grandmother, and friend, a Catholic woman who uncompromisingly led her family to our Lord, she is and always will be greatly missed.

A Rosary and Prayer Service will be said Jan. 19 between 4 and 8 p.m. at Berry, Bell and Hall Mortuary in Fallbrook.

A Catholic Mass Funeral Service will be held at St. Peter's Catholic Church in Fallbrook on Jan. 20, at 11 a.m.

Afterwards, a burial at Fallbrook Masonic Cemetery will take place.

In conclusion, refreshments will be offered in the Church Plaza.