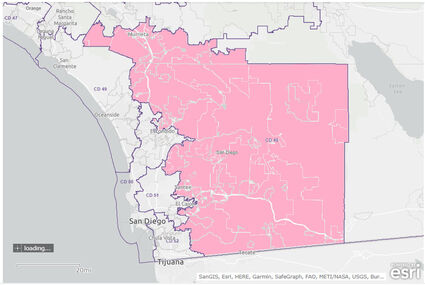 Maps courtesy of We Draw the Lines CA

Fallbrook will be in the 75th Assembly District which includes the cities of Santee and Poway, a portion of the City of San Diego, and much of the county's unincorporated area. Camp Pendleton was placed in the 74th Assembly District which also includes the cities of Vista, Oceanside, San Clemente, San Juan Capistrano, Dana Point, and Laguna Niguel.