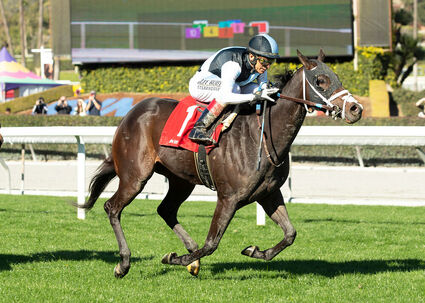 She's Bulletproof won the six-furlong turf race for 3-year-old California-bred fillies with no previous wins. Madiha finished second, 1 1/4 lengths behind She's Bulletproof and 1 3/4 lengths in front of third-place Exactly Wendy. The fourth-place horse, Youte, trailed Exactly Wendy by half a length at the finish line while finishing a head in front of fifth-place Increase Stakes, who was a neck in front of sixth-place Roubaix. Square Fun, who als...