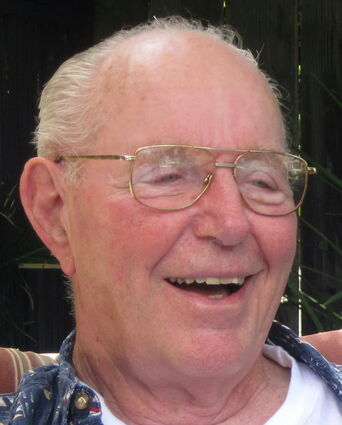 Donald Ray Putnam, 90, of Fallbrook California, passed away on Thursday, Jan. 13, 2022, at his home. He died peacefully in his bed with family at bedside.

Don was born in Inglewood, California as was his wife of over 68 years, Shirley. Don and Shirl had known each other their entire lives. They married in 1953 and moved to Pullman, Washington where Don graduated from Washington State University with a degree in Pharmacy.

The couple, with their first child, moved back to Inglewood to work at Spaulding's Pharmacy and raise their family. Don's father, Grant, also a pharmacist, was a partner at this neighborhood pharmacy that Don would eventually own.

In 1967, Don and Shirl moved their family to Rancho Palos Verdes, California and would stay there until their children all moved away. In 1983, they moved to Fallbrook where Don would retire and reside for the rest of his life.

Don is survived by his sister Eleanor; his wife, Shirley; their children, Bob Putnam, Shan Davis, Jan VanRiper and their eldest unofficial sibling, Carol Walker, who is Shirley's younger sister but who the family has always embraced as one of them. Don and Shirl have eight grandchildren: Jeff, Scott, Kevin and Kyle Davis, Heather and Michelle VanRiper and Gabe and Taylor Putnam. They also have a gorgeous great-granddaughter, Angie Davis.

Don was preceded in death by his parents, Grant and Opal Putnam, and his brother, Dale Putnam.

Don lived a full and rich life. He and Shirl traveled throughout the United States and to many destinations around the world. Don loved people and had more friends than anyone else I know of his age. For many years they hosted an annual Christmas party at their house attended by dozens of their friends.

He touched many lives and will be missed by them all. He was perhaps most proud of the fact that he died with nearly 30 years of sobriety and was dedicated to helping others to achieve and maintain their sobriety.

In accordance with his wishes, there will not be a memorial service, but his ashes will be scattered over Lake Coeur d'Alene, Idaho, where the Putnam's have had a cabin since the 1940s.