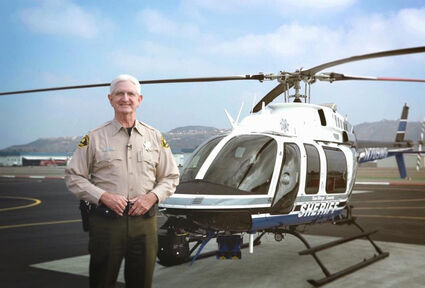 Gore plans to spend his retirement with his wife and friends he has made throughout his career. Village News/Courtesy photo

Sheriff Gore began his law enforcement career in 1970 with the Federal Bureau of Investigation. He rose to the rank of Assistant Director in Washington, D.C. and also served as the Special Agent in Charge of the FBI field offices in San Diego and Seattle.

After 32 years with the FBI, he retired and worked for one year as the Chief Investigator and Special Advisor to newly elected San Diego County District Attorney Bonnie Dumanis.