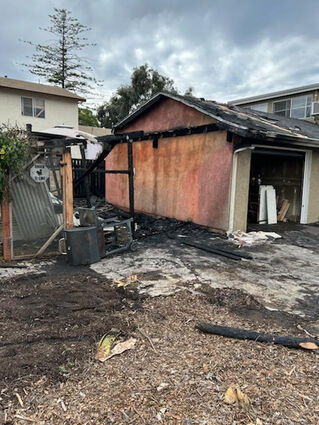 The NCFPD was able to keep the fire to the garage and chicken coop.

A residential structure fire was reported early this morning a 1:13 am at 231 N. Wisconsin Ave in Fallbrook. North County Fire responded to multiple reports. "We responded and found a fully involved chicken coop had caught fire and extended into the garage of a 2-story residence converted to a multi-unit home. The fire department was able to keep the fire contained to the garage and it did not go into the living spaces," said North County Fire PIO John Choi. 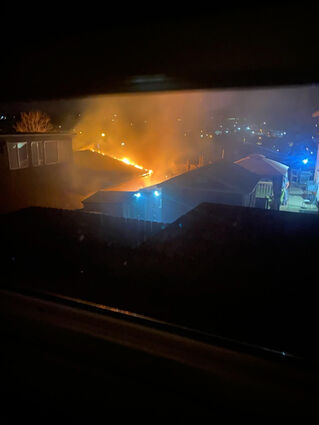 Fire seen coming from inside the garage.

The chicken coop was unused and no chickens were harmed. The incident was reportedly started by the embers of a recreational warming/cooking fire outside, like a fire pit, which the residents thought was completely out. Choi reported that winds picked up in the night and kicked embers into the chicken coop, starting the fire.